This is a text widget, which allows you to add text or HTML to your sidebar. You can use them to display text, links, images, HTML, or a combination of these. Edit them in the Widget section of the Customizer.

In 2013 my partner, Kit, and I left our lives in New York City to hike the Appalachian Trail. We knew that life in Maine was in our future, but we also knew that we had to do something 180° from life in NYC before we could adjust to the calmness of Maine. I know the phrase “life changing” gets thrown around a lot, but our thru-hike of the AT was just that. I can’t describe it in words, but lucky for all of us Kit is a fabulous writer, and kept a blog the entire time we hiked! Feel free to check it out here:
http://trailkit.blogspot.com/p/at-thru-hike.html

In terms of photography, the Appalachian Trail for me was a chance to do my own thing. I had spent 6 years hauling around a half ton of lighting and grip equipment while working with Martin Schoeller, I am forever grateful for everything I learned about photography, but I wanted something simpler: a project that was just me and a camera. The only photo gear I carried on our thru-hike was a camera, a 40mm, 85mm lens, a small flash, and half a terabit of memory cards. It was exactly what I needed! While working in New York I had almost forgotten what it was about photography I loved so much. Don’t get me wrong, I absolutely loved being a photo assistant, but between office work, traveling all the time, and having a life outside of a beautifully hectic work schedule, there wasn’t a lot of time for my photography. The Appalachian Trail gave me so many things, but the most notable might have been my rediscovery of my love for photography.

Fast forward to late May of 2017. Down East Magazine called to ask if I would be interested in photographing a story about the Appalachian Trail. I actually spoke before my brain had time to process this question and likely said something like YESUREYUPABSOLUTNODOUBT. After this lapse of composure I collected myself I clarified that I meant, “Yes!” The beautiful part about this story was that the purpose was to celebrate the 80th anniversary of the Appalachian Trail, and to focus on the stewards and trail angels of the Maine section of the AT. This was an absolute dream assignment! I spent several days on the Appalachian Trail hiking and photographing some of the biggest contributors to the AT in Maine.

These three short days were small compared to the thru-hike of 2013, but still provided some wonderful moments. The most notable was perhaps when a young man sipping a beer stumbled upon me, atop a mountain summit, at sunrise, which I should note, was 4:40am. I was at this moment changing pants which meant we were equally surprised to see each other. Not surprisingly he was unfazed. It’s bizarre moments like this just don’t seem to happen to me, with such frequency, in my life outside of the Appalachian Trail. In fact, prior to this assignment, I had not spent more than a few hours on the Appalachian Trail since 2013, and this story was a way for me to reconnect to the Appalachian Trail. I might go so far as to say that photography helped me rediscover my love of the Appalachian Trail! 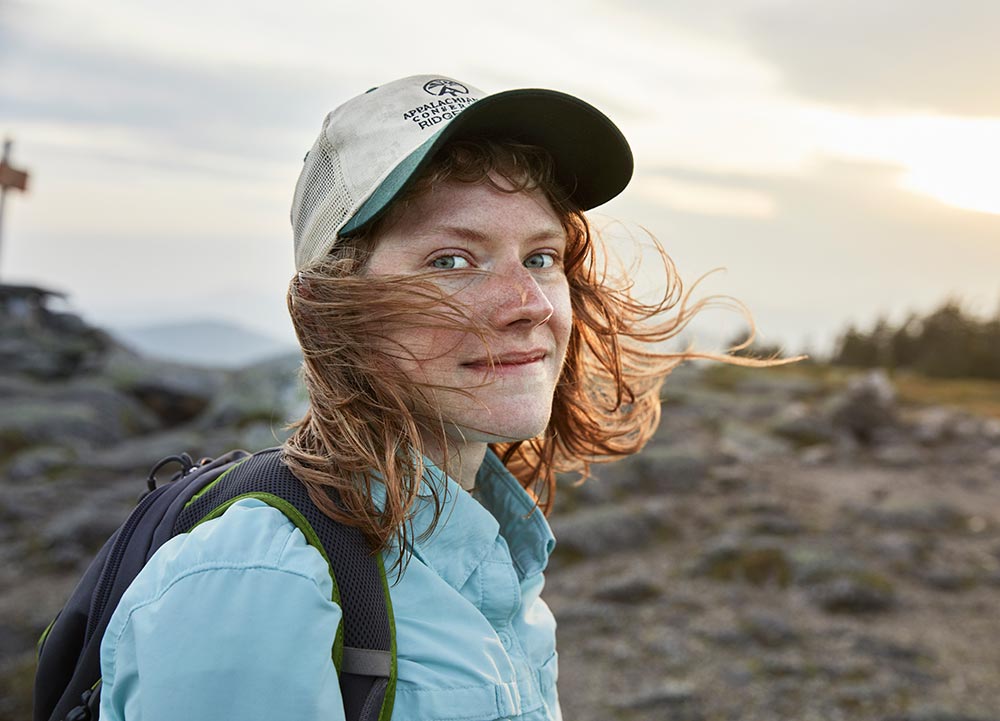 A white blaze on the way up the AT on Mt Katahdin. 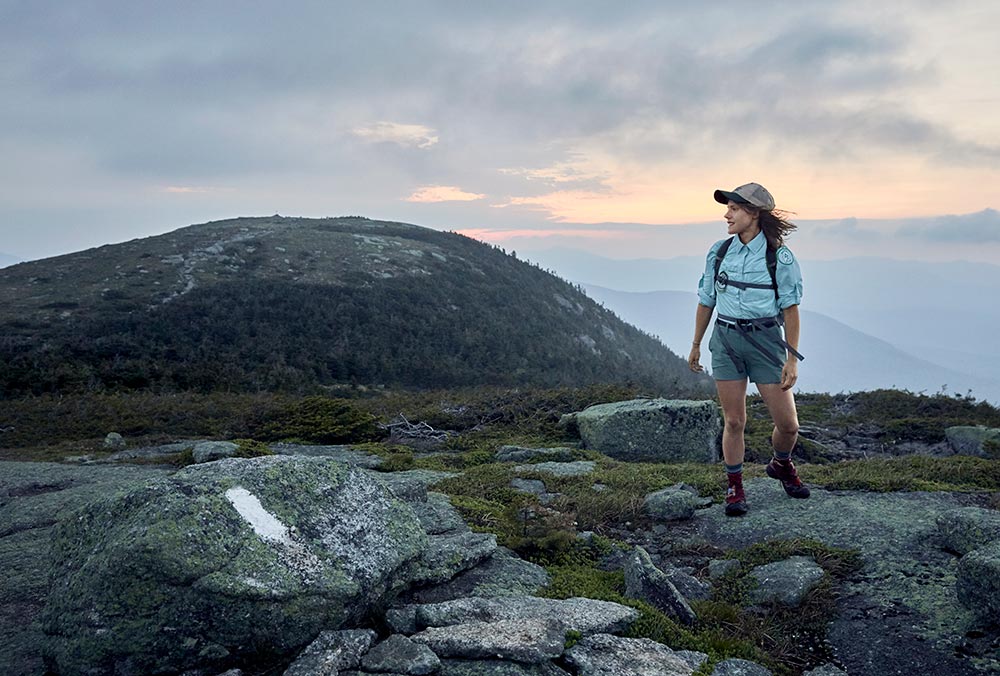 Vicotria “Bluegrass” Jofery – MATC ridgerunner. In the background can be seen the summit of Saddleback Mountain.

Greg Caruso – Operator of the canoe ferry service crossing the Keenebec River, outside Caratunk, ME. The canoe has a white blaze painted in the bottom of it, making it part of the official route of the Appalachian Trail.

MaryEllen Royce – A trail angel that leaves homemade cookies at the West Carry Pond shelter for passing hikers. In the background is her husband, David, her coconspirator.

Kim “Hippie Chick” and Jarrod “Poet” Hester, owners of Shaw’s Hiker Hostel in Monson, ME with their children, Juila and Finn in the kitchen where an AYCE hiker level breakfast of godly proportions is made. In the background Hiker’s Rooster, Happy Feet, and Footprint finish up breakfast.

Kim “Hippie Chick” and Jarrod “Poet” Hester, owners of Shaw’s Hiker Hostel in Monson, ME with their children, Juila and Finn on the front porch of Shaw’s Hiker hostel. Above them Kim Rosenbaum, also a 2017 MATC ridgerunner and AJ Linebach, caretaker of Shaw’s pause for a break. Serval thru-hikers chat behind the Hester family.

Lester Kenway, in the red hat, is a trail constructing legend! He is seen here with a trail construction crew, (L to R) Erin Dahl, Adam Windsor, Phineas Peake, Katheryn Nitzschke, Brandon Joyce. They were cutting a new length of trail on the Mt. Katahdin section of the Appalachian Trail.